Soon it will be two years since I was exposed to web application, which had probably most impact on me since AJAX was born. I have checked old time entries and it was August 2006 when I found SlimTimer. You ask – time tracking application had most impact on my life? Yes, exactly. 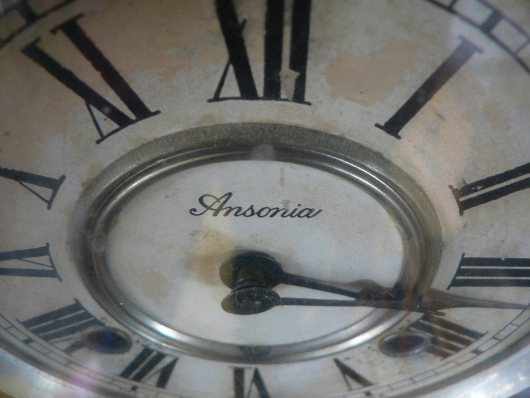 I was working in Hewlett-Packard Poland as network engineer at this time. My career was related to network stuff since 2000, more or less when I moved to Warsaw. But at this point I knew I don’t want to stay in this field. Why? Well… there were two paths if I would be interested to stay in networking – first move to presales support area or became more team manager than technical person. Working earlier as presales and seeing corporate world from inside through last few years I didn’t like any of those.

I wanted to try my luck in US – I was (and I am still) curious how it would be to work there. I was trying to get H1B visa, and one of my attempts I have described in my first post on this blog.

Let’s skip H1B visa topic which is quite interesting since I finally got one, valid up to 2009. But I’m still here in Poland – visa came for me two months to late, my personal situation had changed and I had to leave idea moving to US (at least for some time ;) ). The important lesson from those efforts was my inner belief that I want to return to software development as my occupation (I was doing some C/C++ coding in mid 90). I was thinking about refreshing my C/C++ skills, but there was other thing which have changed my thoughts. Around April or March 2006 I was exposed to Rails and by end of July I was thinking about taking jump into web development world.

But I was not convinced I should do it. I was doing well in my job, despite fact that Dilbert-like situations were on daily basis. I had some feelings there is something not right, but I didn’t allow myself to become aware what really is wrong.

Then on some afternoon I have created account on SlimTimer. I decided I will use this tool to know how much time I spend on particular tasks (this is example of dilbertesque – at this time I had fill time sheets in 3 or 4 places, often giving different values :)) to keep accounting trolls happy). I just needed time tracking solution to know what I’m really doing…

I just re-run report from SlimTimer for first two weeks I was using it. When I look at it now, I remember feeling I had then as it was just yesterday. I was shocked, how much time I waste. Oh boy, I was not aware that I was spending so little time on things which really make me happy in my work. And how huge time sucking hole was impulsive web browsing.

Disproportion between things I was considering fun and definitely not-fun was drive for me to make change – in late August 2006 I was determined to make change with my career. And with such drive almost anything is possible :) In autumn there was opportunity to become contractor on project, which required good mix networking and programing skills. Next few months I have used to prepare to make final step – start freelancing full time. And from September 2007 I’m full time freelancer with focus on Ruby on Rails. And I still use SlimTimer as my time tracking tool.

So, for me SlimTimer became life-changing application. Hard to believe? Maybe, but I would like to know if You have some similar experiences with web applications? SlimTimer or rather conclusion from it’s report was turning point in my career. After two years I can see this very clearly – looking back it is very easy to connect dots…

And how about You?

This site uses Akismet to reduce spam. Learn how your comment data is processed.